My Adoption Story & Presents for my Pawents!

On June 4, 2009, a litter of pit bull mix puppies were born. I was one of them. When I was 6 weeks old, I was bought and went home with my new owner. Two weeks later, my big brother, a 80lb mixed breed dog, attacked me and broke my hind leg. I had to have surgery to fix it. On November 11, 2009, after I healed, my owner surrendered me to the local Humane Society because I was too hyper. I was a puppy... how else was I supposed to be?

I was banned to the "pit bull jail" at the Humane Society. I had limited human contact and was never put up for adoption. My photo was never posted on their website and I was not given a second chance. They kept me there, in a tiny pen, for a month before deciding on my euthanization. By this time, I had developed a knee issue from standing up and jumping on my hind legs to get some attention. I was still just a pup, so my body was still growing. Finally, my time had come. I was on the euthanization list for the following day. My hopes were falling and the reality was setting in. This was it. I wasn't going to get a second chance. I wasn't going to have a family. My young life was going to come to an end on a cold concrete slab.

Then, out of nowhere, my angels appeared. Heather and Jen (not my mom, a different Jen) came to see me from Homeward Bound Dog Rescue. One of the Humane Society people put a leash on me and handed me over to Heather. I WAS FREE! I ran out of there so fast my front legs hardly hit the floor.
That night, I went to stay with Heather and her dog Emmett. Emmett was also a rescue, but he came from Alabama. He and his human dad were in a car accident and his dad didn't survive, but Emmett made it out with a few breaks and bruises. He was sent up to NY so Homeward Bound could take care of him. Emmett and I got along great! We were both so thankful that we had new lives. We liked to play a lot but we were both on crate rest, so it was hard for us to remain calm. I stayed with Heather for 10 days and went to 2 adoption clinics with her. On December 19, 2009, I went to my second adoption clinic. We were just getting ready to pack it up and head home when Heather over heard one of the volunteers talking to someone about possibly fostering. Heather mentioned that Emmett was going to need surgery and she couldn't have me with Emmett while he was healing. I was wigglin' and waggin' and cute as can be, so she agreed to take me for Heather. I got in the car with Heather and headed to my new foster home.
As soon as we pulled into the driveway of the house, I knew this was it. This was my home. I was so excited that I had found my home, I ran all around the house, jumping on and off couches and beds and everything there was to jump on. I wasn't used to hardwood floors, so I had to learn how to use my 4paw drive! My new foster mom became very nervous about her decision, but as soon as Heather left to get the rest of my stuff, I snuggled right up with my new mom and took a nap. Mom and Dad didn't know it then... but I was home.
I stayed up for adoption for 2 months. There was a lot of interest in me because of my good looks, but once people heard I was part pit bull and that I had some leg issues, they didn't want me. Mom didn't mind that I came home with her after every clinic, and after a while she was talking people out of adopting me because she didn't want me to leave her. As much as she tried to convince herself otherwise... she knew I was her dog. I loved my mom and dad so much and I knew deep down in my heart that this was my home. She just couldn't tell me I was wrong. So, on February 27, 2010, mom signed the paperwork and I sat at my last adoption clinic. Of course, that day while I was with mom signing my stuff, someone came up to me and said I was exactly what they were looking for. With a huge smile on her face, my momma simply said "He's been adopted." And here I live, spoiled rotten happily ever after. 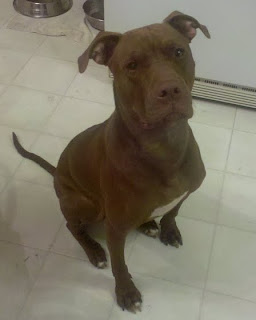 I was so excited when Frankie mentioned posting a list of things that we want to get our parents for Christmas! I thought really hard about what I think my parents would want most!

Here's what I came up with:

A new boat with a special room just for me so there's enough room for me to sleep too! Also, a house up on the lake so we wouldn't even have to worry about sleeping on the boat! And mom and dad could relax while I played in the lake! 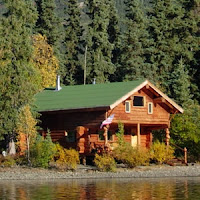 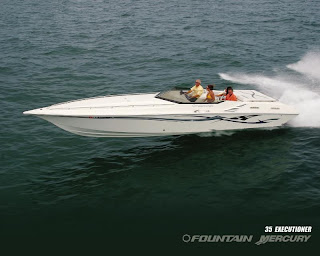 A Cali king bed for mom and dad. This way they'd never be able to use the excuse "there's not enough room" when I try to sleep in bed with them.
Season tickets, 1st level, 50 yard line for the NY Giants. I'd also make sure I could go along too. 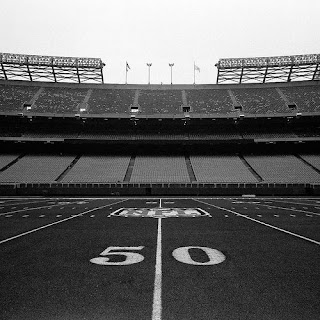 A new house with lots of land so momma could Have room for Kahlua to live with us! I'm sure if I saw her every day I'd stop attacking the big dogs with hoofs. I know mom would really love that. 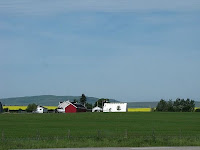 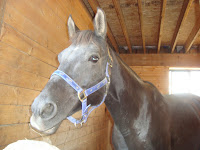 I'd get dad a new sportscar. I really love the firebird but we'd look styling in an updated version!
And, last but not least, I'd get them some bully sticks!  I know how much I love them, and everytime the Momma gets some, she gives them to me!  So, I would most definitely get them some bully sticks... they have no idea what they're missing out on! 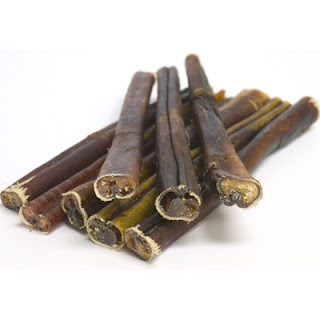 Thanks to everyone who followed along with me and my long winded story!  The last time I talked about my adoption (You can check it out here), I only had 82 followers!  Now I have 168! That's MORE than DOUBLE!  So, on this Thanksgiving day... I'd like to say Thank You to all my wonderful furiends.  I never knew there was such a place like blogville and I am very thankful for each and every one of you and to be a part of this great community!

Have a wonderful day full of TURKEYS!!! (and football!)
-Corbin
Posted by Corbin at 10:18 PM