So, if you were unsure from my post yesterday... let me tell you where I took foster brother Brutey...... 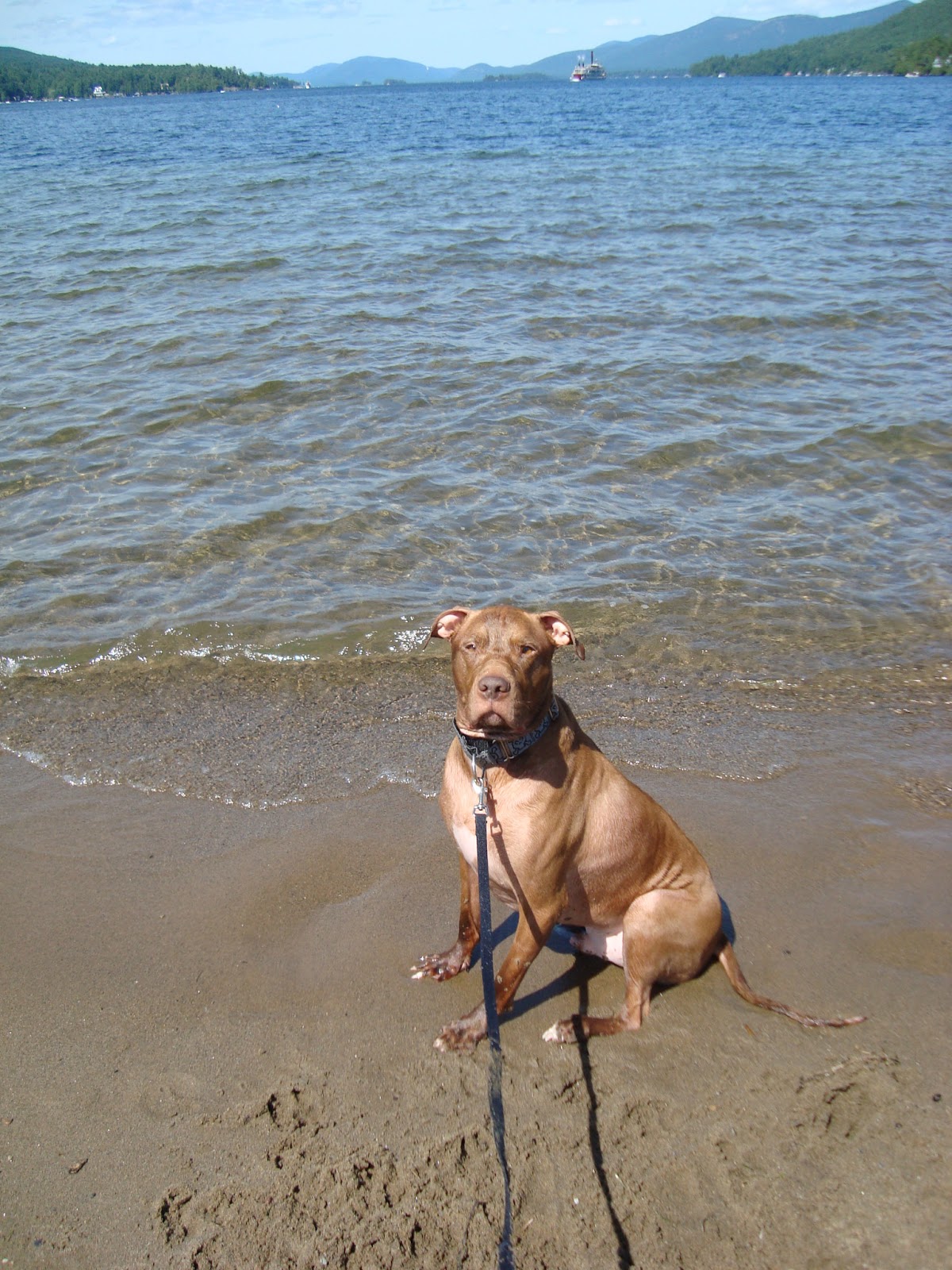 All the stars and planets and spaceships aligned so I could go to my lake!  Now, for someone of my new followers... I've been having some ouchie medical issues since January and because of my ouchies, I got a big heart.  We're hoping it's just a side effect of the medications I've been on to treat my mystery ouchies and that it'll go away once I'm off my drugs.  So, my new heart medications make it hard for me to deal with the heat and therefore I haven't been able to go to my lake like I usually do every summer weekend. 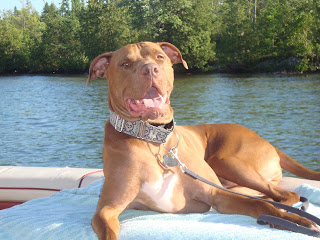 However, yesterday the momma said was PERFECT... the weather was in the high 70's in Lake George and there was very little humidity.   So her and dad played this thing they called hookie and came home early from work, grabbed me and the Brutey and all of our gear and OFF we went to MY lake!  It was a bit windy so the water was choppy... we decided to go to the dog beach instead of out on the boat.  We weren't sure how Brutus would react to the boat and didn't want his first experience ot be a rocky one! 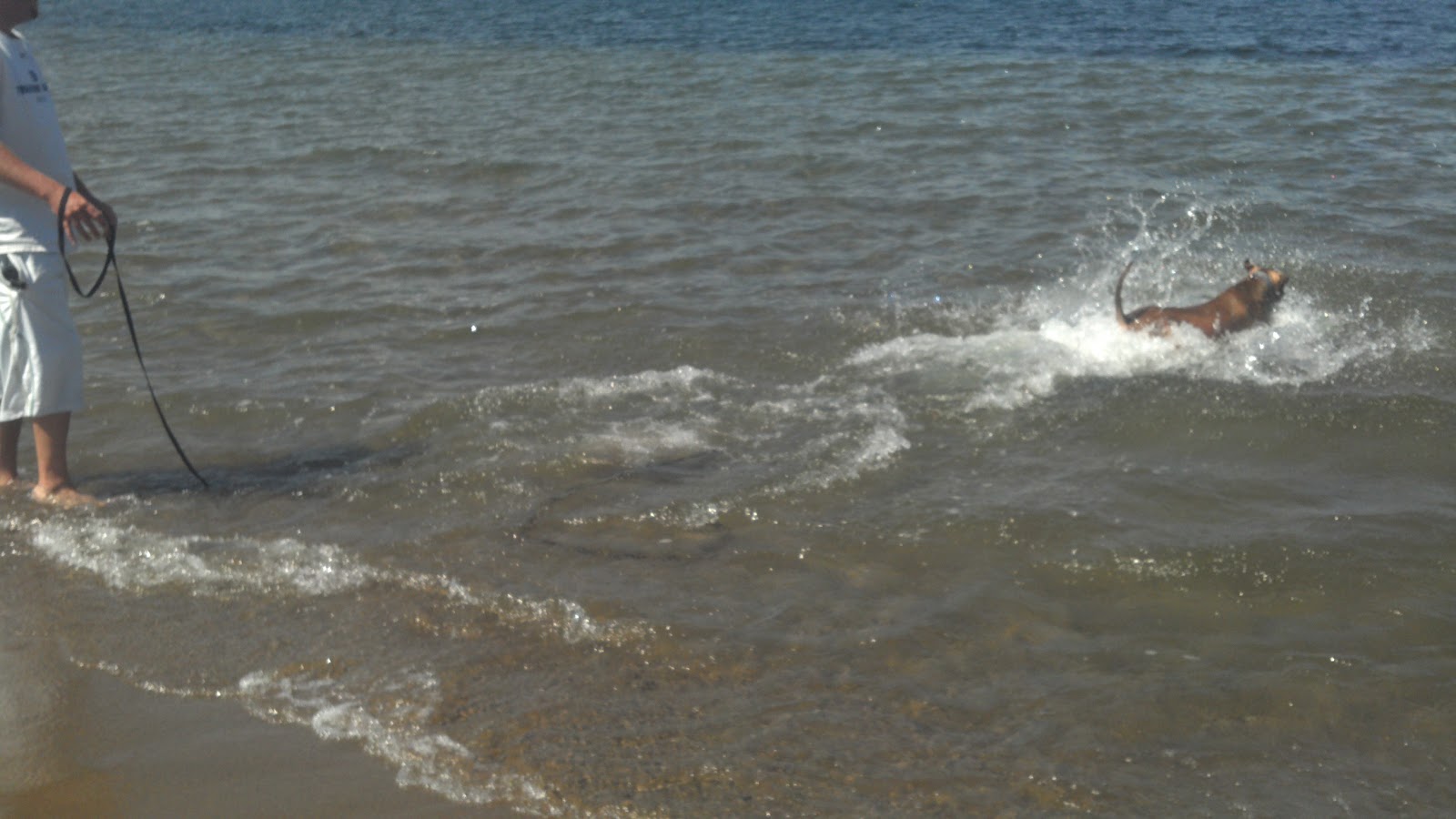 I was so excited to be back at my lake, I dove right in! 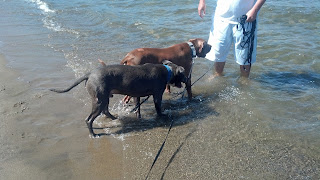 Brutus was a bit unsure of the water at first 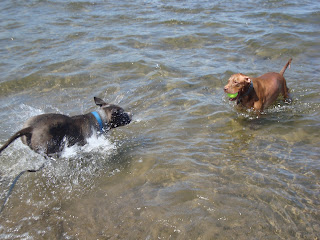 But after watching how much fun I was having...
He had to give it a try!

I had so much fun, words aren't needed.  So, I'm going to just share some pictures. 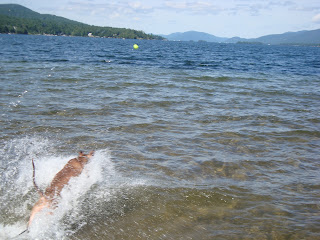 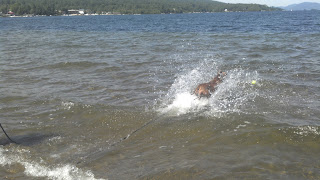 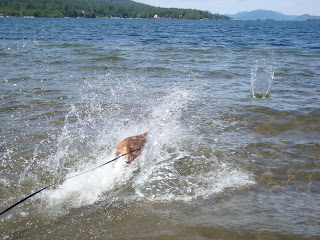 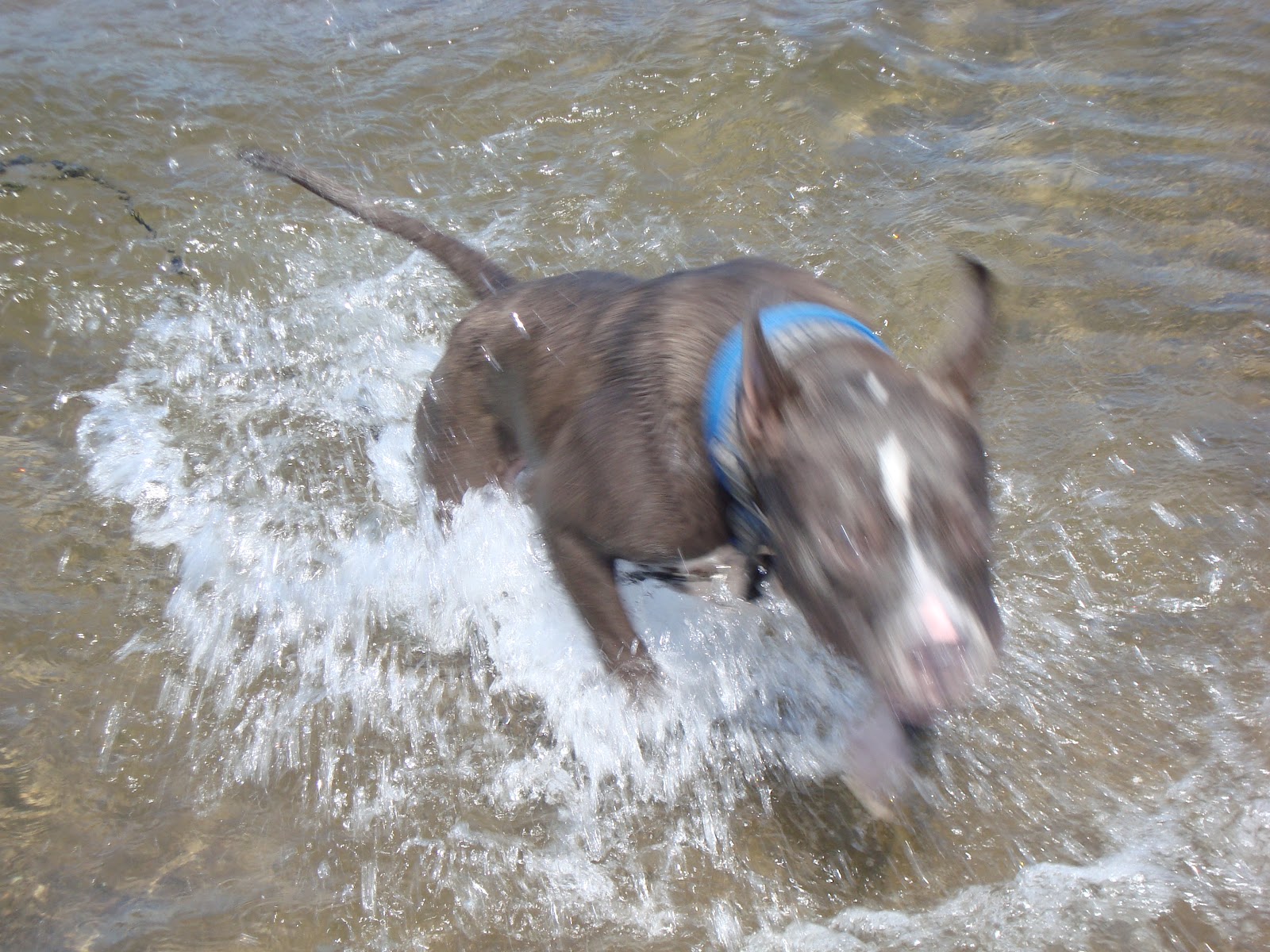 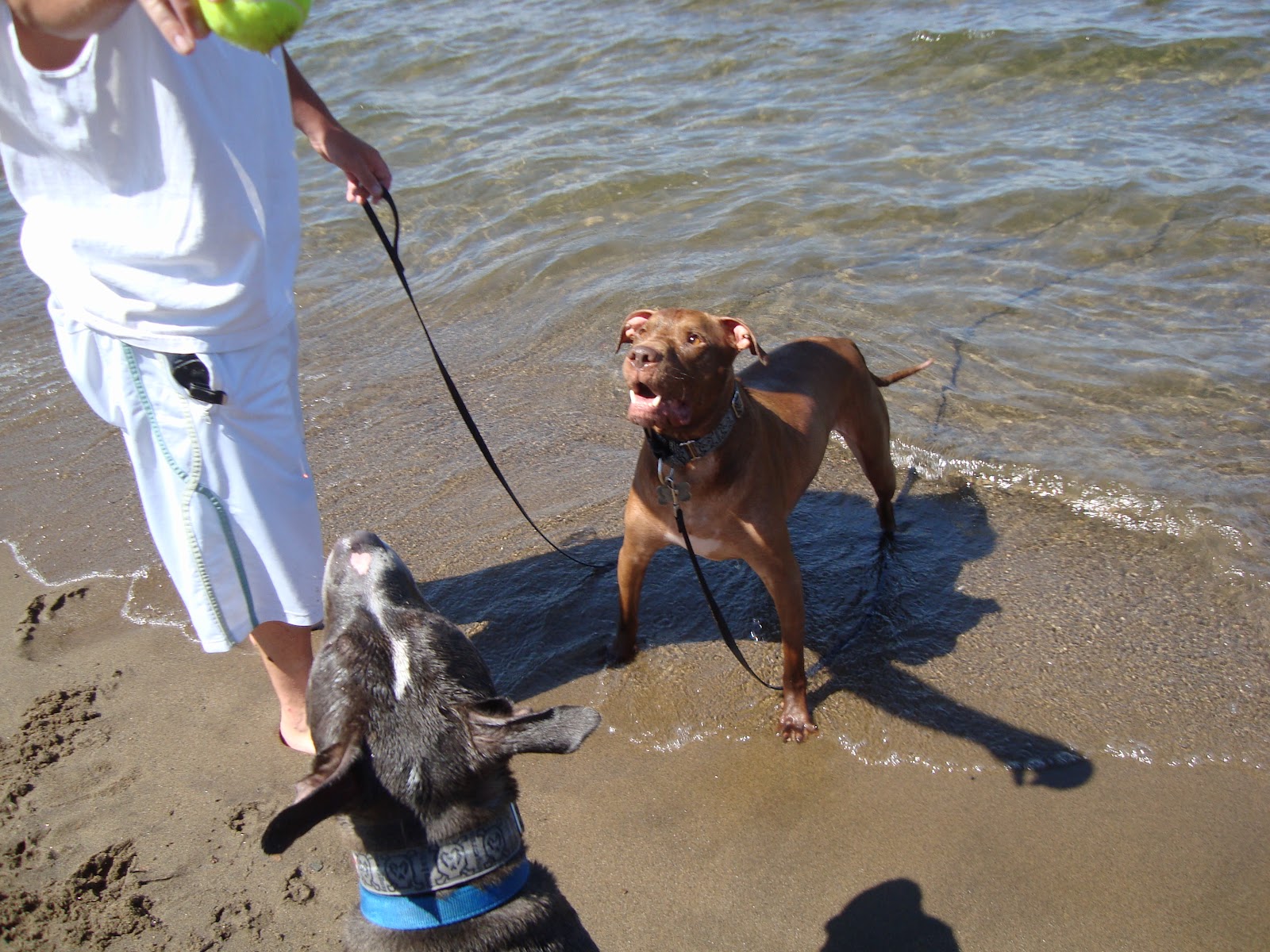 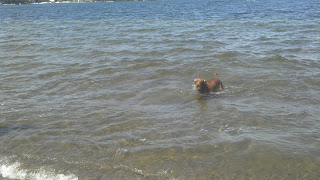 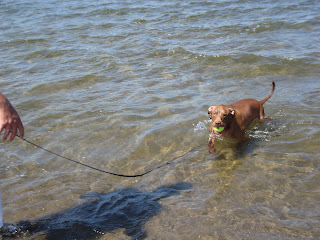 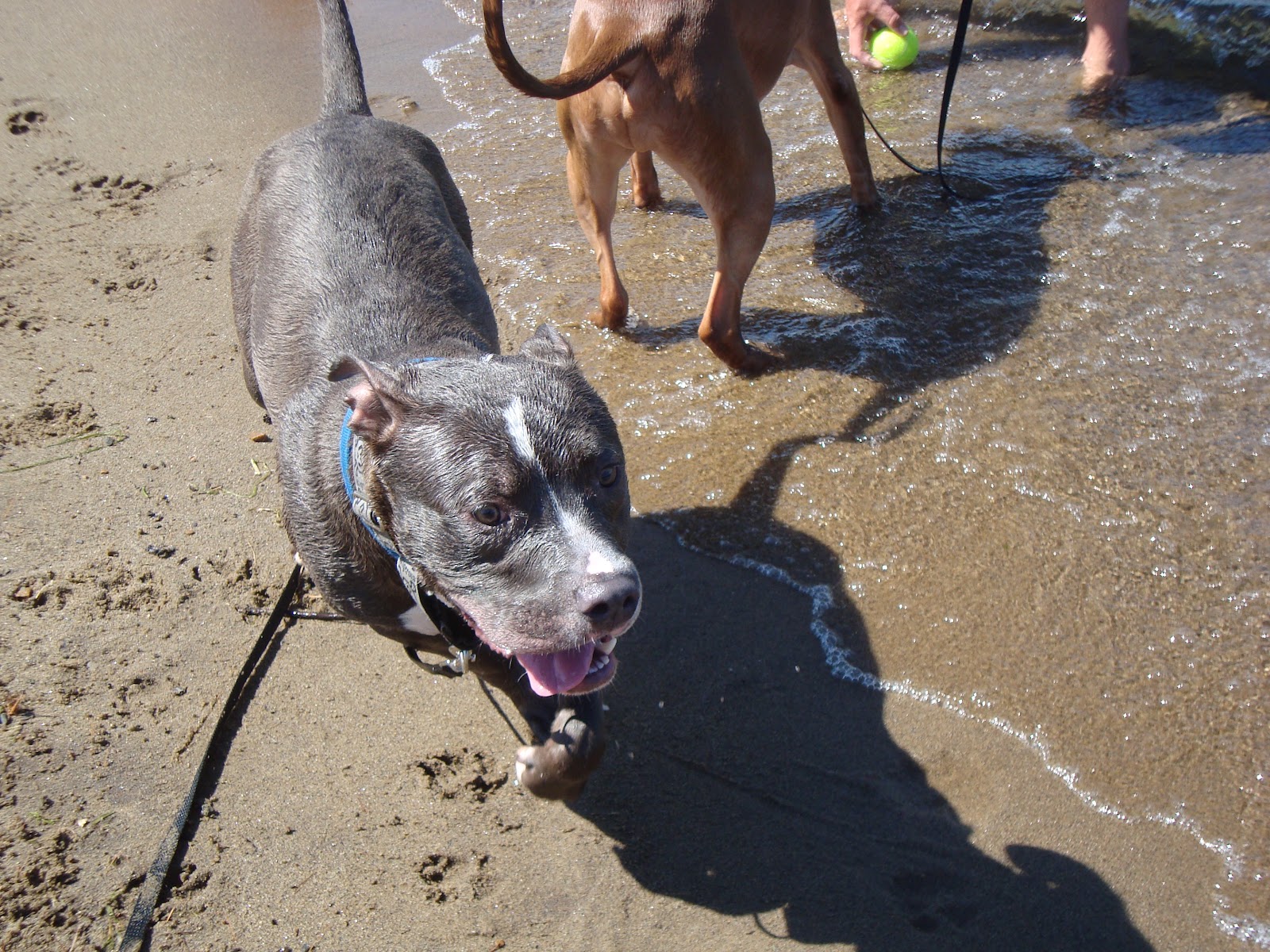 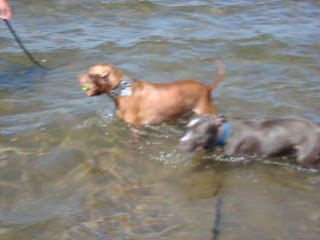 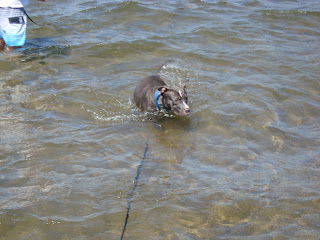 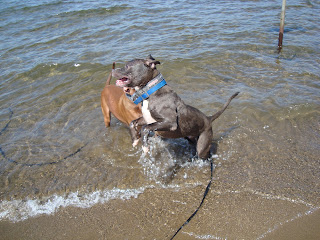 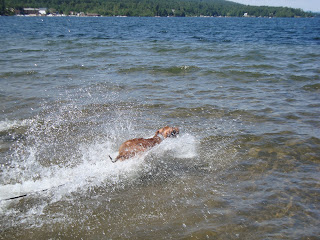 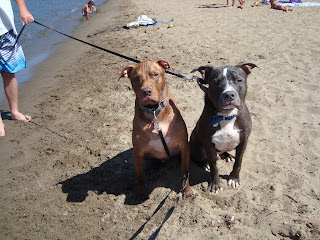 Do we have to go home?

The momma didn't want me over doing myself, since I'm still working on gaining back all the muscle tone I've lost.  But I did get to play for a super long time.  And I even met a little 5 year old girl who threw my ball for me a few times!  And Brutus met a very nice 10 year old girl who lived with two golden retrievers.  She asked the momma if she could pet Brutey, of course the momma told her that he was soaked and covered in sand and the little girl said "Aw, I don't care about that!" Then she asked the momma what kind of dog he was and the momma told her that he was a  Pit Bull and so was I.  The little girl looked confused and asked the momma "But, aren't pit bulls mean?" The momma told her any dog can be mean depending on how they're treated, but generally pit bulls are very nice, friendly dogs, just like Brutus.  And the little girl said "He's gotta be the best dog I've ever met!  I've never met a pit bull before."  She gave Brutey a kiss and she got a few kisses in return and went on her way.  We sure hope that we changed a young mind about the beauty of pit bulls. 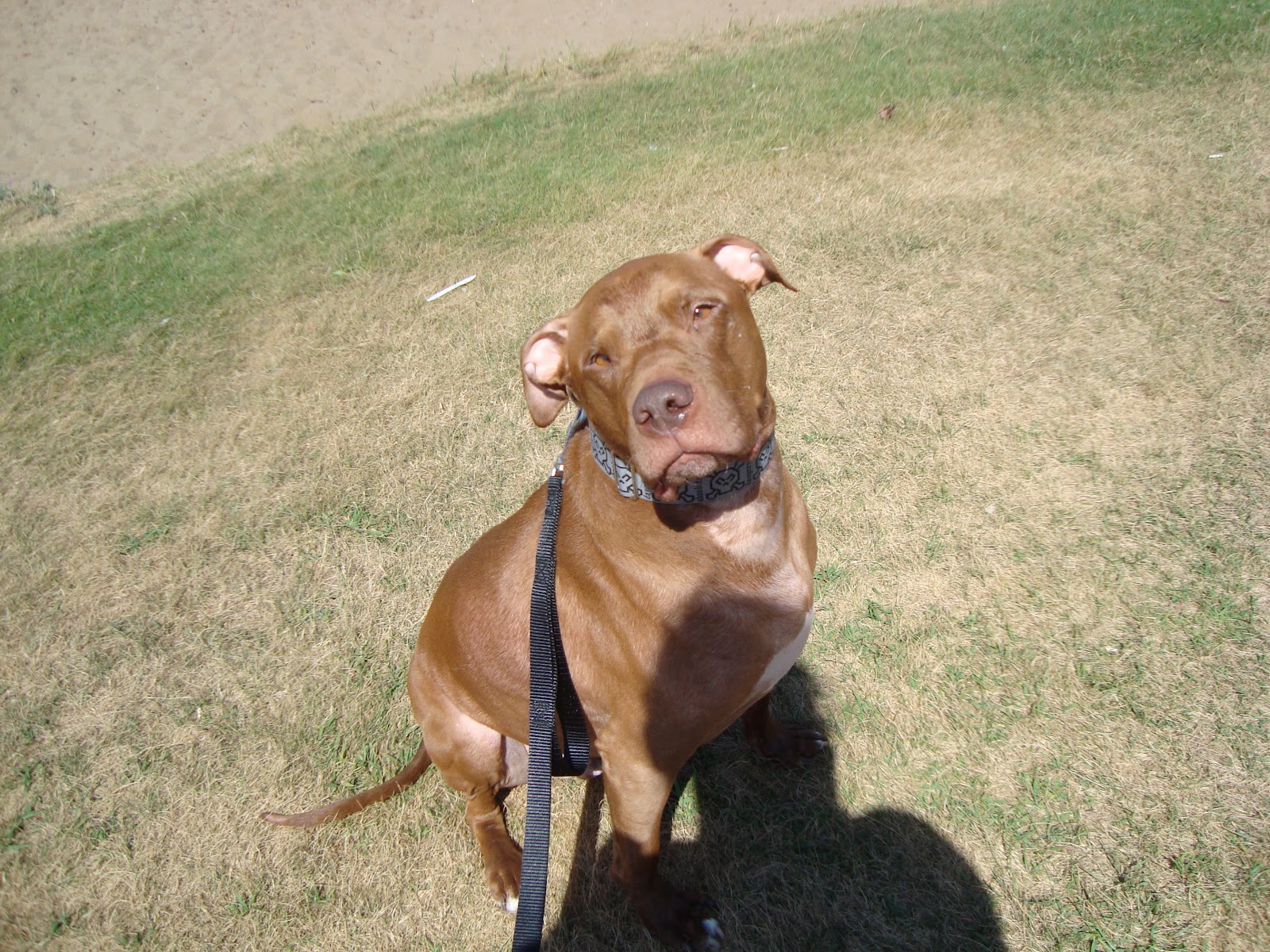 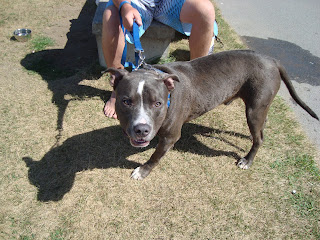 We tried off a bit, then we headed back home. 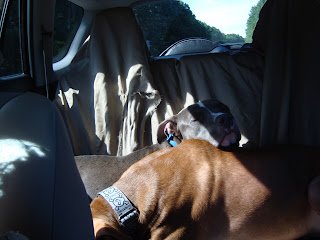 We were both snoozin' before we hit the highway!
Posted by Corbin at 7:58 AM